The Appointment of UNDSMA by OADO - ECOSOC took place on 25 February 2022.

The Organization of Human Rights Defense (OADO), in association with the Economic and Social Council (ECOSOC) appointed the NGO, Department of Sports, Music, and The Arts (UNDSMA) into a partnership adopting an extension of sustainable development initiatives under the United Nations resolution: (A/70/L/1) 'Transforming Our World': The 2030 Agenda for Sustainable Development. UNDSMA is the new name for the appointed NGO that has been working as an Organization of Goodwill to assist the UN System with its initiatives of Development and Peace projects worldwide, since 2004.

The NGO worked in collaboration with the late Secretary General Kofi Annan and assisted in evolving the United Nations Office of Sport for Development and Peace (UNOSDP) in order to bring awareness and support to the United Nations General Assembly Resolution 53/25, which proclaimed the period 2001-2010 as, "The International Decade for a Culture of Peace and Non-Violence for the Children of the World". The NGO has continued their work with UN Resolution 56/75 on "Building a Peaceful and Better World through Sport and the Olympic Ideal."

‍“Furthering our vision and initiatives, on a communication level, ‘SPORT’ can be used as an effective delivery mechanism for education about peace, tolerance, and respect for opponents, regardless of ethnic, cultural, religious or other differences... and as you know, ‘MUSIC’ is the universal language of peace throughout the world, bridging all boundaries and ‘The ARTS’ is the gifted ‘soul of creation’.  The inclusive nature of SPORT, MUSIC, and The ARTS are great tools to increase knowledge, understanding and awareness about peaceful co-existence. Sport-Music-Art based development activities ensure that these powerful and diverse elements of civil society become an active and committed force in the global partnership for development... a true formula of peace.”  Department of Sports, Music, and The Arts (UNDSMA) 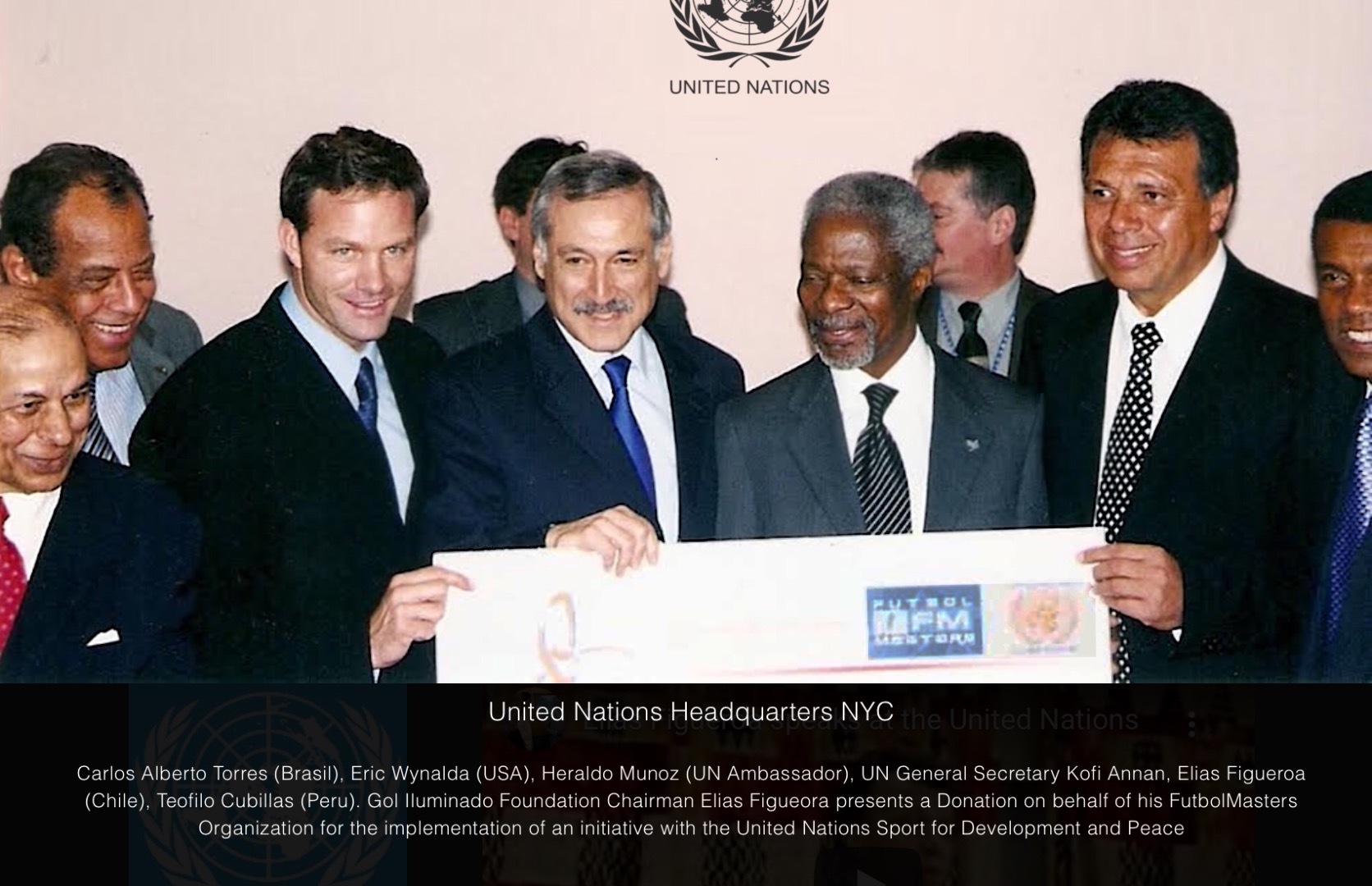